by Center of the Universe remixes/remixed 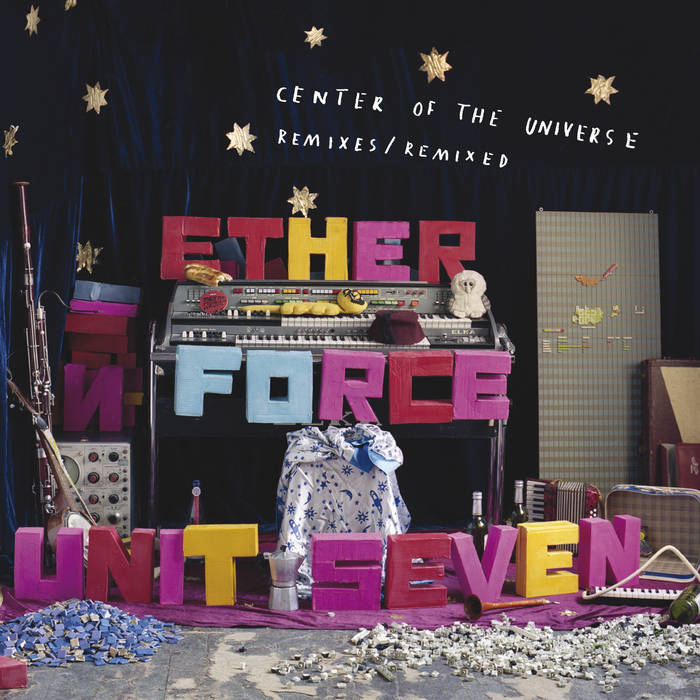 “Only two moths after the completion of a trilogy on space and time, “ETHER FORCE UNIT SEVEN” surfaces: A two-way remix-album, with mixes both by and of the C.O.U. The contributors make a brilliant team of artists, mostly – but not only – people from the Norwegian underground: Minimal-king Ost from the gastronomic duo Ost and Kjex, the balkanologist Boutrous Boutrous Boutrous, UK dubsteppers VICELORDS, the mad electronic scientist Captain Credible, lo-fi & noise legend André Borgen, and Metronomicon Audio’s own guys; Koppen and Ergo.

This record also reaches outside the boundaries for a remix album: The bands Tr-ond and the Suburban Savages and Orangebox have re-arranged and rerecorded everything completely. Also included are C.O.U.’s own remixing of drone-rockers Salvatore and UK harpist-songwriter Serafina Steer, and finally a meta-remix of a C.O.U. track.

As a visual counterpart to all this recycling and restructuring of musical material, designers Yokoland have made a record sleeve with pictures containing only materials and objects that are in use on previous C.O.U. sleeves.

This album is a who’s who of the exprerimental yet accessible Oslo-scene. It is also a crash course in the cornucopia that is the Center of the Universe, and an ear-opener to the ever expanding musical cosmos surrounding it. “