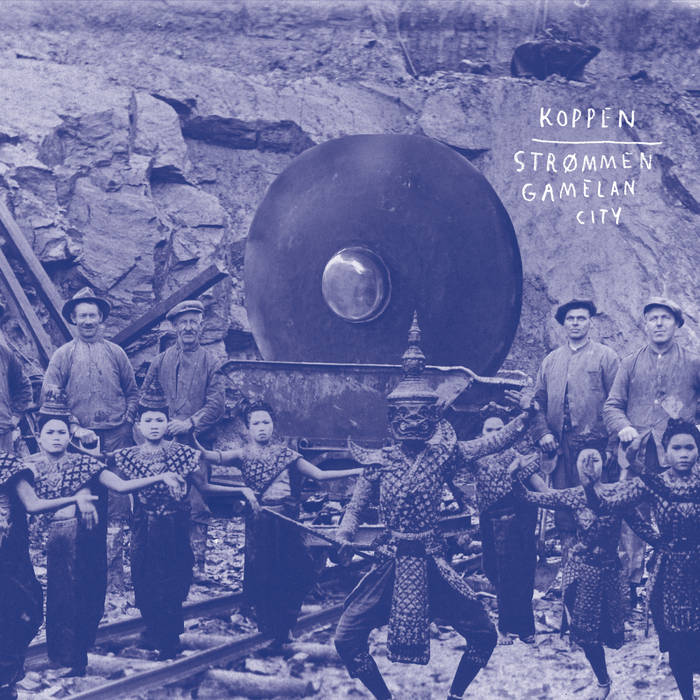 "Strømmen Gamelan City" is more than a record. Heavily influenced by counterfactual history, it is a humble attempt to explore key historical events that could have taken place in the history of the small Norwegian industrial suburb Strømmen. Far from keeping it real, Koppen seeks to represent the possible outcome of various scenarios that never occurred.

Every song is nothing more than a big "what if?". What if Strømmen was forced to import labour from Indonesia? What if Strømmen was surrounded by cotton fields? What if alcohol was still prohibited and young and old labourers alike chewed khat every Saturday evening? What if the Yakuza ran pachinko parlors at the local mall? What if the local government invited Uri Geller to arrange workshops in circuit bending and gender bending? What if Christmas were celebrated in seedy love hotels? What if everyone went home in a rickshaw after a night out? What if Stevie Wonder was pulling it? This is not music. This is Counterfactual Nu-Bricolage.

This record is a lot more conventional than Koppen's previous endeavours. Sometimes it moves dangerously close to a pure pop soundscape, but it is still packed with obscure samples and spastic beats. Electronic digi-funk melodies are combined with blues- and hip hop-influenced vocals – and even traces of gospel can be heard. Soundbytes are taken from a huge variety of sources from around the world.

The new album includes an additional disc, containing four remixes from the Japanese pioneers in electronic music: Satanicpornocultshop. Their maximalist approach to groovy music fits hand in glove with Koppen’s music. The disc also contains remixes by the Center of the Universe and the Norwegian skweee-ambassador Easy.