Déjà vu all over again

by Now we've got members 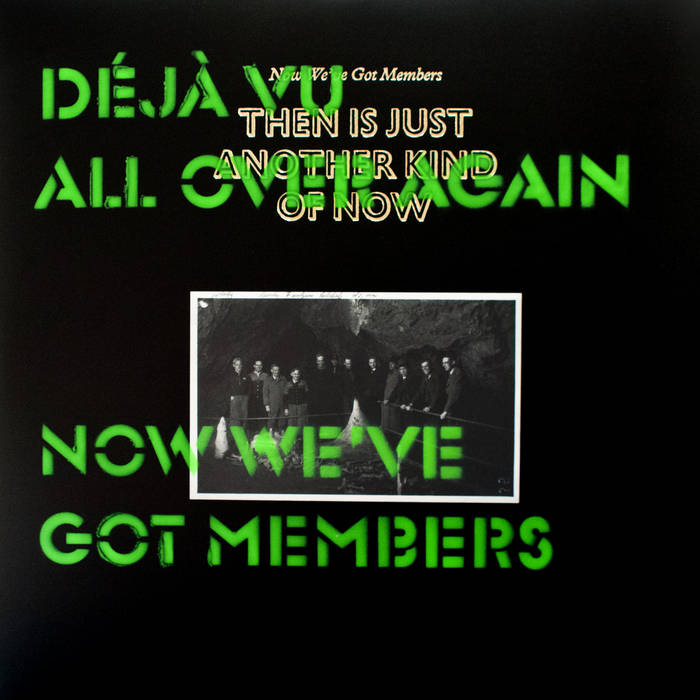 Now we've got members have gained cult status in the underground of the Norwegian music scene. As one of the first bands from the label and collective Metronomicon Audio, the group is perhaps primarily known for an almost inexhaustible list of side projects that emanate from it, which in most cases have become more famous than the band itself.

Déjà vu all over again has a clear hypnotic flair, it leans back on heavy dub and floats away with electric folk-rock. The album was recorded in the legendary Silence studio in the Swedish forests. It is the result of a long and difficult process, where nothing was done in the right order. The songs have been distilled from improvisations that were recorded and cut up, with lyrics and melodies added in the process.
Then the band had to relearn the songs in their new shape, in order to record them live in the studio.

Now we've got members’ blend of rock, oriental music, Balkan music, improvisations and disco was something extraordinary when the band started. Possibly, time has caught up with the band, as parts of its sound may seem less odd to listeners today than at the beginning.

Getting this album right from Metronomicon Audio gives you the C-side; bonustracks not on other versions of the album!